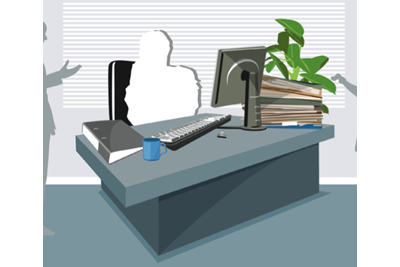 Salary dissatisfaction and the lure of better conditions elsewhere means a high number of employees are looking to move jobs this year, according to a survey by recruitment firm Robert Half.

The Robert Half Job Satisfaction Index found 33% of employees are considering moving jobs in 2014. This figure increases to 46% for employees between 18- and 34-years-old. However, the data shows 60% are happy with their current role. Overall, 1,196 employees and business leaders were polled.

Business leaders are wary of the figures, as 83% of C-suite executives admit being worried about losing their top performers.

Remuneration is the biggest factor for those looking to move. Some 40% say that a higher salary would influence their decision to leave. Men are more likely to base earnings as a factor, with 45% saying they are inclined to prioritise this over all other factors, compared to 35% of women.

Other reasons for leaving include boredom and lack of promotion opportunities (15%), a poor work-life balance (14%) and dissatisfaction with company leadership (9%).

Employees in London are the most likely to seek a new role, with 50% reporting looking to move. This is compared to just 24% in Yorkshire, the region where workers are most likely to stay put.

Robert Half director Ashley Whipman told HR magazine "remuneration will always be the dominant factor" for people looking to move, but other things are becoming more important. He added that a "push and pull" effect is behind many employees' desire to move.

"You have a lot of people who are dissatisfied with their current working conditions," he said. "They see or hear about other companies where they believe they can get a better salary and this contributes to them looking to move."