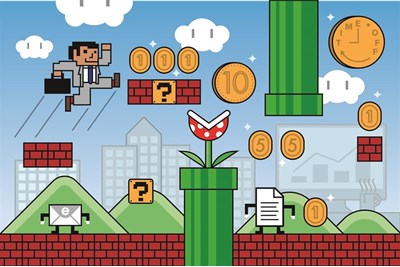 While some firms have ditched bonuses completely, others are investigating how they could be used better

When investment management firm Woodford announced it was scrapping bonuses for all staff in August 2016 it published a list of academic evidence to justify the decision. “There is little correlation between bonus and performance and this is backed by widespread academic evidence,” said CEO Craig Newman.

The decision was swiftly followed by a copycat announcement from former Investment Association chief executive Daniel Godfrey, who said staff employed in his future venture, The People’s Trust, would only receive fixed wages.

So do these dramatic gestures signal the death of bonuses? Or have Newman and Godfrey made a mistake?

Newman’s assessment of the evidence makes a lot of sense. “Many studies conclude that bonuses don’t work as a motivator, as expectation is already built in,” he said. “Behavioural studies also suggest that bonuses can lead to short-term decision-making and wrong behaviours.” Few academics would dispute those conclusions.

After years of observing employees’ reactions to incentives, particularly in the lead up to the 2008 global financial crisis, it is clear for many experts that money can motivate people to behave in ways that are bad for business. However, academics also uphold the potential for bonuses to act positively.

The CIPD’s 2015 report on the behavioural science of reward, Show me the money!, says “the jury is still out” on variable reward’s effectiveness. The evidence supports both sides. Report co-author and CIPD performance and reward adviser Charles Cotton says bonuses can achieve what managers traditionally expect them to do – motivate performance and retain and recruit employees – if they are used correctly. “You can’t put all your reward eggs in one basket and use bonuses as a way of rewarding, managing and developing employees,” he says. “They only have a part. You have to think of other ways.”

Cotton says creating successful bonus schemes can be complicated. First there is the question of offering the correct amount of money – neither too much nor too little. Also consider if bonuses should be given to individuals, teams or company-wide. But equally important is the process an employee follows to achieve their end goal. “Rather than what you’ve achieved, it’s how you’ve achieved it,” says Cotton.

In 2014-15 49% of UK senior reward and HR practitioners in the public, private and voluntary sectors reported to the CIPD that their organisations offered performance-related reward, incentive or recognition schemes, either for individuals or groups of employees. This was down from 65% in 2012. However, these figures do not necessarily suggest bonuses are on their way out, as they mask changes such as a move away from individual variable pay towards schemes where the award depends on a mix of individual, group or organisational performance, or the successful outcome of a specific project.

Brown says while financial services may be pulling back on bonuses, as a result of tighter controls implemented by the Financial Conduct Authority, they’re becoming more common in the rest of the economy. “It’s got more popular because financial directors particularly like variability, because if your sales are going up and down your pay is going up and down with it, and your cost base is strong,” he says.

However, professor Dow Scott at the Loyola University Chicago Quinlan School of Business believes this increased use of bonuses will level off. He says competition in the job market is giving employees the chance to hold more sway in their pay. “People are smart enough to want base pay increases because bonuses are never guaranteed,” says Scott. “A lot of people don’t feel like they control their variable pay. It’s supposed to motivate them, but it’s usually based on how the company does and most people don’t have influence over the company. The motivational value may not be as great as business would like to think it is.”

Instead, Scott suggests employers can use customisation to attract, retain and motivate staff. His research reveals wide discrepancies in pay preferences, which cannot be predicted by age or gender. “Part of it is asking workers what they want,” he says. “You can create different pay packages for different people.

It’s good in the sense that you would have employees who were truly getting what they want from the pay system. But you have to explain it. My research shows compensation people haven’t been good at explaining staff pay.”

Michael Rose, who runs management consultancy Rewards Consulting and was formerly head of reward management for TSB Bank, also believes companies will continue to use bonuses. But he says they need to “think more radically” to make bonuses perform. He emphasises the importance of identifying the messages such schemes relay. He gives the example of a company he worked in with 25,000 staff who received 10% of salary annually in addition to pay in shares. “When the business was negotiating salary increases with a union this 10% profit share was getting completely ignored,” says Rose. “It wasn’t thought of as part of the total package. People appreciated getting it, but it wasn’t apparent to me it was having any effect on people’s behaviour.”

In contrast, he describes a company of 100 where directors communicated how the organisation was performing throughout the year to remind staff how profitability would affect their profit share at year-end. “They asked people to come up with solutions about how they might improve the profitability,” says Rose. “A bonus plan doesn’t do anything unless you work at it.”DIY supplier Wickes’ head of organisation development projects Jade Archibald agrees bonuses work best when workers directly influence their outcome. She predicts in the future businesses will move away from reward based on individual performance, with more emphasis placed on teams working together. Her company’s own bonus scheme, Gainshare, is a colleague-influenced incentive scheme untied to company performance, that allows staff to share 15% of all store profit they achieve above 100% of their quarterly budget.

“Each store has its own target, this is a combination of controllable costs and sales,” explains Archibald. “Our colleagues are encouraged to do their bit to support the store in achieving its target, and by doing so share in the profit made in that particular store for that particular month.” Colleagues can earn up to an additional £3,600 a year. At the end of 2016 Wickes shared more than £2 million of profit with 97% of its workers.

Metro Bank is another company that has reformed traditional bonus structures. Chief people officer Danny Harmer says the organisation’s youth – it launched in 2010 – allowed it to learn from the mistakes of others in the financial sector. “We are very focused on customer experience and the long term,” she says. “The things that got financial services into difficulties were incentives linked closely to sales and extraordinary amounts of reward. Incentives muddy people’s thinking.”

All Metro Bank staff receive a form of annual variable reward, based on how well their performance and behaviour align to the company’s culture and delivering against set objectives. The overall performance of the company also determines how much reward money is available. Harmer and her team use a spreadsheet to establish an initial reward level for each worker, then meet company leaders to discuss whether to adapt individual amounts.

Harmer says the approach motivates staff as well as improving retention. “While everyone gets some variable reward, part of that is given in share options,” she explains. “We’re aligning people to the long-term growth and success of Metro Bank.”

While the future of bonuses looks secure in the private sector, their use in public services and the voluntary sector remains variable. Public Service People Managers’ Association (PPMA) vice president Karen Grave says although local authorities or health services are often publicly criticised for paying bonuses, there is no “ideological problem” with the use of bonuses in the public sector. Nevertheless, she estimates less than a quarter of England’s local authorities use them now.

Grave points out they can help recruit workers into jobs that are often better paid in the private sector, for example lawyers. Central government departments, local authorities and NHS Trusts use ‘golden hellos’ to tie in new recruits for a fixed number of years. West Berkshire Children’s Services, for example, offered £15,000 bonuses to social workers in 2015 if they stayed for three years, after Ofsted concluded its performance was inadequate. Two years later Ofsted praised the improved stability at the authority.

Another factor that might influence increased use of bonuses in future public sector pay is the fact wages have largely stagnated since 2010. While Grave acknowledges many people choose to work in the public sector because they have a vocation, she stresses that they still need to be motivated.

“Those of us who work in public services want to see effective services into the future,” she says. “A well thought-out bonus scheme that is transparent, that has the buy-in of all relevant stakeholders, and is appropriately applied through good performance management can be a very good thing.”