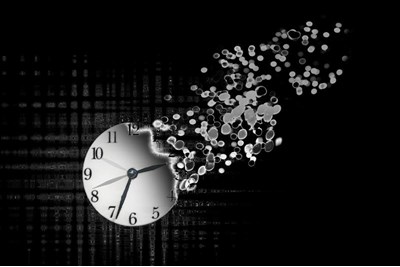 Looking at mobile phones was found to be the most popular (59%) time-wasting activity for the youngest age group, while those in the oldest group wasted time by chatting with colleagues (38%) and checking personal emails (38%).

The most popular time-wasting activity when working from home was found to be general procrastination; chosen by 46%. In the office talking to colleagues was the biggest distraction, selected by 52% of respondents.

Men felt their productivity was most negatively affected by noise, with 50% citing a loud atmosphere as detrimental. Women were more likely to blame lack of sleep (56%).

When asked how their employers help boost productivity, only 31% of respondents said their organisation offers flexitime options, and 13% provide training on time management. Nearly four in 10 (39%) arrange nothing.

Simon Prince, marketing director at Conference Genie, said: “It’s surprising to see that less than a third of employers offer flexitime and as little as 17% of staff are encouraged to take regular breaks, both of which were popular with employees in our survey for boosting individual productivity.

“Our research shows that empowering people with the opportunity to work flexibly –be it remote working or flexitime –can really boost productivity," he added. "Conference calling, instant messaging and apps can all be used to help manage groups, ensure they are all contactable and, perhaps most crucially, feel part of a team. This is especially important during 'down' periods. Friday 3pm to 5pm is a prime example; our survey revealed it as being the least productive part of the working week."