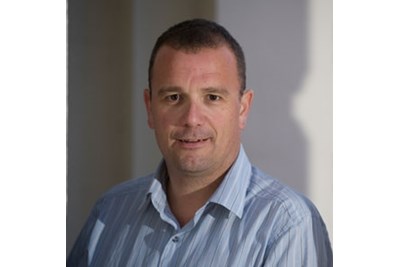 The use of social media for recruitment purposes is commonplace for many organisations these days.

A survey by SimplyHired found that more than half the country's jobseekers now use social media to assist them in their job searches (31% of the sample specified LinkedIn). And a similar report published by Comscore estimated that of the 36.9 million UK Internet users, 29.4 million visited at least one social networking website.

It's fair to say that my organisation, RS Components, wasn't exactly at the bleeding edge of social media adoption when it came to recruitment, but relative to our competitors we were streaks ahead. As background, RS Components distributes electronics and maintenance products, serving over 1.5 million people worldwide.

In the UK we have some 2,500 employees. Like organisations the world over, we've been on a financial rollercoaster in recent years - but in 2009 business picked up considerably causing an immediate need to recruit for many positions, at all levels within the company. Our own internal research revealed that recruitment for senior and executive appointments (£50,000 + income) cost over £350,000 per year using conventional recruitment methods.

That equated to nearly two thirds of our total recruitment budget. So although we greeted the upturn with excitement, we also needed to ensure that any spending we embarked on was approached cautiously, seeking value for money and maximum efficiency. We needed to find another way.

We explored various avenues, researching reports and articles to find what might be the best fit for our long-term business goal of becoming a 'world class employer brand'. Our research determined that engaging with candidates through social media had the potential to reach not only people who were actively looking to move, but also those who were in a job and happy in that job - and therefore not on the traditional job boards or looking at our careers website. We also realised that social media could deliver an added benefit of increasing our brand awareness globally. We knew that we were not 'out there' but in good company, considering that large global corporations were also going down the social media recruitment route.

According to a presentation at a recent Payroll World conference, IT giant Oracle did 99.8% of its recruitment through social media last year. We tentatively tested LinkedIn as a channel for recruiting a European role. The benefits in terms of cost-saving, speed and transparent profiling were quickly apparent. As a result we entered into a longer-term partnership with LinkedIn (other social networks are available!) and have now developed an effective resourcing strategy that combines their tools - like the new Talent Advantage search tool, InMail and display advertising - with our own website and links.

During the 12 months to August 2010, of the 51 senior openings we had, 35 were filled through social media. The average cost per hire was only £714. Compare this to the cost of those recruited via traditional methods over the same period - £7,500 per hire - and it's easy to see how the savings stacked up.

Although the initial catalyst for us dipping our toe into the social media pool was about saving money, the benefits are much more widespread. Adopting social media has not only allowed us to shape an entirely new recruitment strategy but the groups, forums and profiles has helped move our communications, marketing and organisation forward in more positive ways than we could ever have thought.

Jon Hull (pictured) is head of resourcing at RS Components