50% of men believe SPL is seen negatively at work 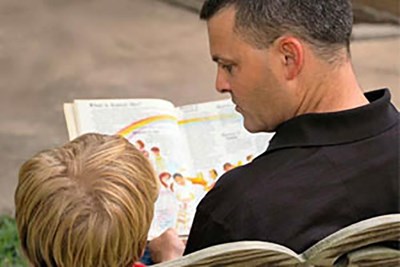 While take-up is still low currently, 63% of men are interested in taking SPL in the future

One year after its introduction, half (50%) of men believe that taking Shared Parental Leave (SPL) is perceived negatively at work, according to statistics from My Family Care and the Women’s Business Council.

The survey of more than 1,000 parents and 200 businesses found that choosing to take SPL was very much dependent on a person’s individual circumstances, as 80% of both men and women agreed that a decision to share leave would be dependent on their finances and their employer’s enhancement of SPL.

Overall, 1% of men took SPL since its introduction last year. The reasons for fathers choosing not to take SPL were varied. More than half (55%) of women said they didn’t want to share their time off. Nearly six out of 10 (57%) women were concerned that it would negatively affect their partner’s career.

But, while take-up is still low, the research found that men are interested in utilising SPL in the future, with almost two-thirds (63%) of men who already have young children and are considering having more saying it was likely they would choose to take SPL.

“The key thing for businesses is to help their employees combine work and family, by providing them with choices and enabling them to carry on with their careers while having a family. All change takes time, and while it hasn’t so far been the cultural change that many were clamouring for, I suspect with many companies enhancing paternity leave momentum will grow.”

However, Al Ferguson, founder of The Dad Network, a support website for fathers, cautioned that these findings show there is still stigma attached to a father’s parenting role. “Many working dads still feel it’s their duty to go out and earn the money despite having this option to stay at home with their new baby,” he said. “This is slowly shifting however in other areas of society, and I think it’s only a matter of time before we see that 1% figure rise."

CORRECTION: An earlier version of this article claimed that 1% of fathers had taken SPL, rather than 1% of all men in the workforce. This was due to incorrect information sent to HR magazine. We apologise for the error.