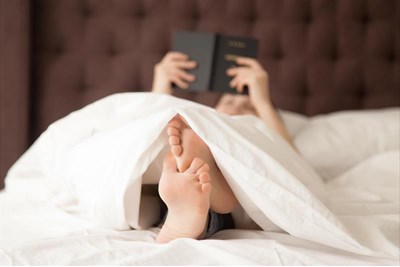 Two in five (41%) employees have pulled at least one ‘sickie’ in the last year, according to research conducted by employment law support firm Citation.

The research surveyed 2,000 people, and estimated that roughly 5.3 million employees in the UK had chosen to take two or three sick days in the past year while not actually ill. 2.4 million were thought to have taken four or five days off, and 512,000 had taken more than eight days.

Employees aged over 65 were six times more likely than average to pull a sickie because they were being bullied, with 33% saying they had done so.

Citation’s HR business partner, Jenny Ware said employers need to understand why employees feel the need to lie about their health, rather than focusing on the short-term business impact. “Employees pulling sickies can be detrimental to businesses of any size,” she said. “They’re costly, impede productivity, and can have a negative impact on culture and morale.

“Perhaps more worrying are the reasons behind why employees feel they need to pull sickies. Management, bullying, stress and negative attitudes are damaging signs, and are critical areas all businesses need to address.”

A further study from Badenoch & Clark found that 67% of workers do not feel comfortable telling their colleagues about taking a sick day for mental health reasons.

The survey of 1,027 workers revealed that 29% thought their employer would frown upon poor mental health as a valid reason to be off work, and 18% had already left a job because of a lack of understanding towards mental health at that workplace.

Guy Emmerson, senior vice president of Badenoch & Clark, said employees need to know that mental health issues are a valid reason to take a day off sick. “Despite there being no legal difference between taking a day off work for mental health reasons compared to physical illness, this clearly doesn't translate into practice,” he said. “The majority of employees still don't feel able to call in sick to focus on their mental health without worrying that it will negatively affect their career.

“If companies want to engage their employees and drive business growth they will need to instil positive attitudes and policies towards mental health in the workplace. One key element of this is clearly communicating that [maintaining good] mental health is a valid reason to take a sick day. Ensuring employees feel supported and know that you care about them as an individual will pay dividends in terms of employee productivity and retention.”