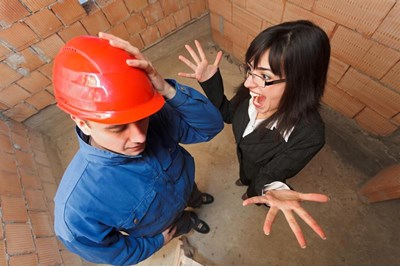 Surely the fact that there is a bad manager in a position in the first place reflects the decisions made by the company and the lack of good training provided?

The adage that people leave managers, not companies, seems to be based in truth

More than four in 10 (44%) people have left a job because of the behaviour of their boss, according to research from BambooHR.

The survey of 1,000 employees found that 63% thought bosses taking credit for their work was one of the least acceptable things a boss can do, while 58% would be put off if their boss did not seem to care when they are overworked.

More than half (54%) were put off by a lack of direction from their managers, while 53% hated micro-management and a lack of freedom in the workplace.

Rusty Lindquist, VP at BambooHR, suggested that HR should be paying attention to the impact of bad bosses. “Until we quantify the cost, and sufficiently expose it, we’re not likely to receive the help and buy-in we need to tackle the problem,” he told HR magazine.

“So it pays to become acquainted with the cost generally, and then to quantify the impact it may have had on your organisation. This could be regrettable turnover, under-engagement or disengagement, low satisfaction, low performance. Once you understand the cost generally and specifically then work on perfecting the narrative, or how you’re going to communicate it to your key stakeholders.”

He warned that promotion strategies could be the reason for some poor leaders. “One of the most well-known mistakes organisations make is to promote high-performers into management roles,” he said. “But being a high-performing individual contributor doesn’t mean you’ll be a high-performing manager. In fact, it most often doesn’t. If you’re hiring or promoting a manager, prioritise soft skills and attributes that would make them a good manager above having demonstrated that they can do the job themselves.

“Often, in a pinch, a manager who was a high performer themselves will resort to an 'I’ll just do it myself' mentality, harbour judgmental emotions against lower performers, or will manage to 'my way or the highway', none of which are healthy to the team or the organisation.”

When people had previously quit a role as a result of a bad boss, 27% cited the manager’s mean temper, 26% listed inappropriate behaviour, and 24% thought their manager was harassing employees.

“Manager training is critical,” added Lindquist. “The problem is we usually don’t start investing in it until an organisation becomes much larger, and then when we do we get manager training that sucks.

“So when it comes to manager training it pays to start early, start small, and make it an ongoing process. Focus on governing principles and values – the types of things that will help them know how to behave in certain situations.”

Surely the fact that there is a bad manager in a position in the first place reflects the decisions made by the company and the lack of good training provided?