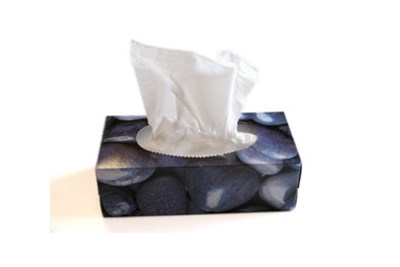 Small and medium-sized businesses in the UK are set to lose £3.4 billion over the next six months due to staff sickness from illnesses such as cold and flu, according to research by office supplies company Viking.

The report published yesterday shows owners of small businesses in the UK estimate that they collectively lose 63 million days a year through sickness - two thirds of which are during the winter cold and flu season. Sickness rates are 27% higher in winter.

As part of the research, 300 workplace swabs were carried out. The results have revealed several different types of bacteria - and in some cases mould - found on people's work stations, showing that dirty desks could harbour office germs - one infected worker could quickly spread their illness to others via dirty workstations.

The samples were analysed by an independent laboratory and the results revealed bacteria such as Staphylococcus, Bacillus and Micrococcus, indicating a poor level of hygiene, were frequently found on office keyboards.

Bacillus, which comes from dust or soil was found on 90% of the keyboards swabbed. ?Staphylococcus, which is found on the skin, in the nose or the mouth and can cause food poisoning if allowed to grow on food, was found on 60% the desks surveyed.

And on 50% of desks there were traces Micrococcus, commonly found on skin which transforms compounds in sweat creating an unpleasant odour. In addition to this, six desks were found to have mould underneath the keyboard.

Viking's hygiene expert, Lisa Ackerley, a chartered environmental health practitioner, said: "This research has shown that there are some very unhygienic desks right now in the UK, which is very worrying those who work in open plan offices tend to starting coming down with illnesses this time of year. Keeping equipment such as keyboards, phones and desks as germ free as possible is even more important during the cold and flu season."

Meanwhile the research showed that, IT staff lawyers and accountants are the most unhygienic office workers in the country, while social workers are more likely to have mouldy food on their desks.

The survey also revealed that 52% of all office workers are not aware that bacteria could be lurking on their keyboards, phones and screens. A staggering two thirds of office workers admitted to eating lunch at their desks and not cleaning their workstation afterwards, which is the main cause of bacteria being present and a source of food for them to multiply.

More than half of all office workers, some 56%, revealed they had a colleague with a grimy desk, but only 40% of those surveyed had the courage to approach their messy colleague about cleaning their desk.

Swab tests were carried out across the country by a range of office workers in a variety of sectors as well as public and private sector businesses, throughout September.

In all 300 swabs tests were carried out and analysed in an independent UCAS approved laboratory. The results were carried under the agreement that Viking would not disclose the names of either the employees or the name of their company.

The SME research was conducted by Opinium between September 26-28, 2011.