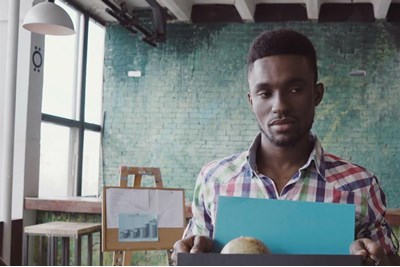 This report is a siren call to action for the HR profession. We know ‘race’ is a difficult conversation in society and in the upper levels of organisation. This report provides HR professionals with ...

Nearly three in 10 black employees say that discrimination has played a part in a lack of career progression to date, almost three times as many as white British employees, according to research by the CIPD.

The survey of 1,290 UK employees (700 from a BAME background and 590 who are white British) found that 29% of black people said that discrimination had held them back in the workplace, compared to just one in 10 (11%) white British employees.

This comes despite the fact that significantly more BAME employees said career progression was an important part of their working lives than those from a white British background (25% vs. 10%).

Jill Miller, diversity and inclusion adviser at the CIPD, said employers should be investigating where they can make improvements for BAME staff. “Organisations need to understand where the barriers to progression for different groups lie, and use this information to level the playing field and enable talented people to reach their potential at work,” she said.

"They mustn’t forget that different minority ethnic groups are facing different obstacles and that many of us have multiple and overlapping social identities, so it’s important not to assume that one solution will remove progression barriers for all.

“Inclusion, fairness and transparency need to be at the heart of workplace cultures, and HR has a key role to play in helping organisations to understand this – driving change through the unique insight it has about the workforce, its makeup, and by questioning existing workplace structures and culture.”

Only around two-fifths of all respondents (43% BAME and 39% white British) reported that their line manager discusses their training and development needs with them. Just over half of employees across BAME and white British groups feel able to talk to their manager about their career aspirations (53% and 52%), and only around two-fifths of respondents across BAME and white British groups say their manager understands their career aspirations (41% and 40%).

Miller added that line managers can play a crucial role in improvements. “Line managers have a significant influence on a person’s career through the opportunities they afford members of their team, the coaching and training they provide, and the development conversations they have,” she said. “Organisations need to invest much more in the development of line managers, and help them to understand the needs of each team member to provide the appropriate development support.”

This report is a siren call to action for the HR profession. We know ‘race’ is a difficult conversation in society and in the upper levels of organisation. This report provides HR professionals with a narrative that allows them to start the conversation within their organisations about how to create opportunities and eliminate barriers for BAME staff. As the CIPD research demonstrates, the issues are very nuanced and there is no ‘silver bullet’ solution. In addition, few solutions are transferable. In my work on BAME progression and retention, I have found that the solutions are highly contextual i.e., specific to the culture of each organasation. And, yes it will be hard work. In summary, the CIPD research should be viewed as a ‘wake-up call’ to HR professionals and CEOs who may be guilty of benign neglect in regards to HR staff. The CIPD research combined with recent reports such as the Parker Review and the McGregor-Smith review provides a credible defense that any company that refuses to address and tackle the issues of BAME progression, retention and inclusion has done so, not from a lack of a business case, but a lack of will.” Dr. (h.c.) Frank Douglas, FCIPD CEO, Caerus Executive