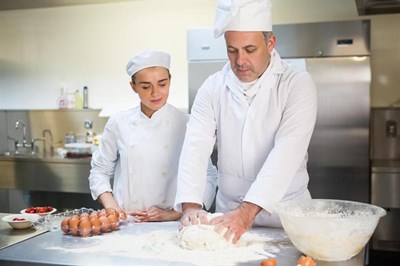 ​The government has released data showing a drop in apprenticeship starts

The latest annual figures from the Department for Education (DfE) show there has been a 24% fall in the number of people starting apprenticeships between August 2017 and January 2018.

The total number of new apprenticeship starts for the first half of this academic year was 206,100.

However, the DfE said higher-level apprenticeships, which can equate to A-Level or degree-level training, were up 27% in the first quarter of this academic year compared to the previous year.

The figures came as Jane Gratton, head of skills policy at the British Chambers of Commerce (BCC), told The Apprenticeships Conference 2018 that the levy is actually hindering skills development.

"Businesses recognise that apprenticeships are a crucial tool in shaping the skills of tomorrow, but the current restrictions and inflexibility of the system make it unfit for purpose,” she said.

"For many levy-payers it feels like a tax, or redirects funds set aside for other forms of workplace training," she said, calling on the government to engage with business and training providers to adapt the system, and to provide more support for small- and medium-sized companies.

“At the other end of the spectrum, the funding rules mean that SMEs are facing higher recruitment costs and are unsure how and where to access quality training providers,” she added.

Director of strategy and external affairs for the Chartered Management Institute (CMI) Petra Wilton, said that while the DfE figures show “the government has got a lot of work to do to get employers on board”, she expects there to be a rise in starts over the coming year.

“While the number of apprenticeship enrolments have predictably dropped as employers get to grips with changes to the system, CMI research shows that, nationally speaking, nearly half of all managers expect to see a rise in new starts over the next 12 months,” she said. “One in three managers expect to have more people starting apprenticeship programmes over the coming year, compared to the period since April 2017.”

Wilton added, however, that the government should tread carefully in making further tweaks so that employers can get to grips with the current system.

“Managers and employers need certainty to aid the planning of their apprenticeship programmes… If the government is to remain on track to reach its target of 3 million apprenticeship starts by 2020 it must help employers adjust to the new system without any further disruptions."