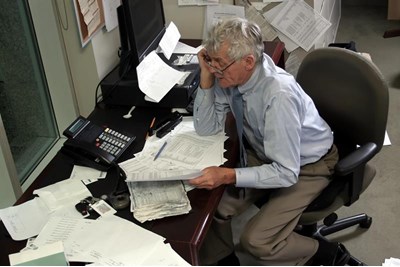 Three-quarters (75%) of UK employees will have to work beyond state pension age, according to research from Canada Life

Rising living costs are partially responsible for late retirement, the research suggested. Nine in 10 (90%) UK employees said that the rising cost of living is the main reason they expect to work beyond 65. A further 87% said the same of poor returns on savings due to low interest rates, with consumers still yet to see November 2017’s interest rate rise passed on.

Opinions were divided about the UK’s ageing workforce. More than a third (36%) believe that an ageing workforce might mean that older workers will have to re-train or learn new skills to stay in work, while three in 10 (30%) think it could make it harder for young people to move up the career ladder. But more than two-fifths (41%) are positive that a mix of older and younger employees creates a workforce with a wider range of skills.

Just 6% think the government is helping to promote older workers. This is down from 11% in 2017 following last year’s announcement of an increase in the state pension age. So far only 13% think that employers are encouraging older employees to stay in the workplace, and only 15% believe that older people are appreciated and respected at work.

When it came to support for older employees, 45% think flexible working or part-time opportunities are the most important. Out of those planning to work beyond state pension age, 60% say that they would be more likely to work for an employer that offered health and wellbeing benefits.

“Even as an older workforce becomes more common, the stigma surrounding older workers is proving hard to shake. Employers now have the opportunity to capitalise on the skills of two or even three generations, but only if they address potential generational divides and the changing needs of their employees,” he said.

Canada Life's research was based on an online survey of 1,004 UK employees in full- and part-time employment.
Comments